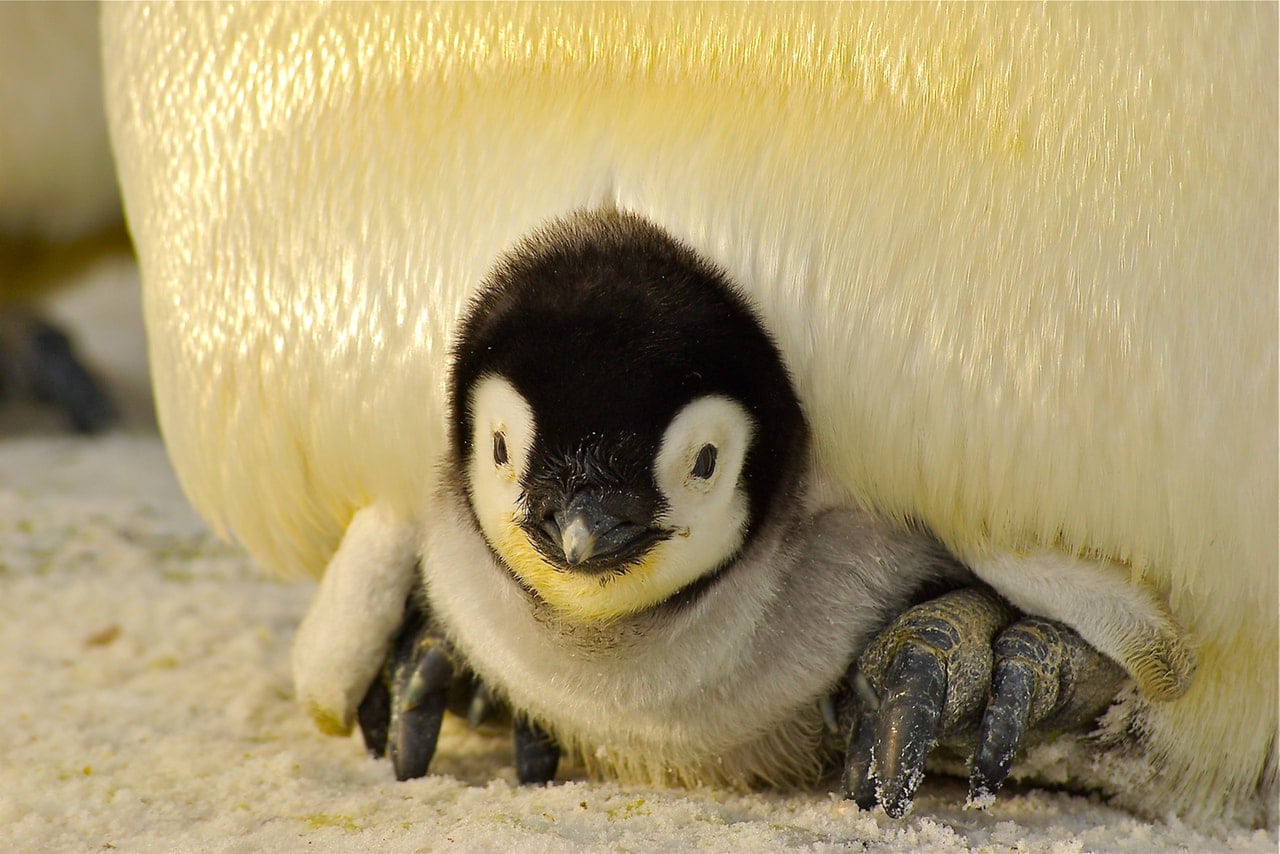 Penguins aren’t so different from humans.

Sure, they’re covered in feathers, lay eggs, and eat only seafood, but if you can get past the beak and webbed feet you’ll see we are connected by something bigger than our differences.

Despite the 16,000 kilometres that separate us from our favourite flightless birds, the consequences of how we treat our water and the impact human activity has on water’s health, eventually find their way to penguins.

Penguins spend up to 75% of their lives in the ocean. Their diet consists of squid, krill and fish. Their torpedo-shaped bodies, flipper-like wings and black and white camouflage make them ideal for life among the waves.

Penguins may seek the land for breeding, but their survival relies on a healthy source of water.

Water is a constant, though sometimes invisible, presence in our daily lives.

Hydration. Agriculture. Energy. Mining. Sanitation. Transportation. Tourism. Leisure. All of them use water and all of them change water.

According to NASA’s Earth Observatory – and middle school science class – the water cycle, “…is a continuous exchange of moisture between the oceans, the atmosphere, and the land.” Almost all of the water that is present at some point in time as a liquid, solid or gas eventually ends up in the oceans.

Since all water is connected, penguins may end up suffering the consequences of how we intentionally or unintentionally treat our water.

What can you do?

Start at home by choosing a sustainable water treatment for your tap water. A sustainable treatment means less harsh chemicals are used, less harmful by-products are created and less energy is consumed. It’s about returning water better than it was found.

Imagine the implications if sustainable water treatments were adopted across Canada:

Treating our water sustainably, not just at home, but at a municipal level can help mitigate some of the other threats facing penguins – like climate change and plastic pollution.

Choosing tap water over bottled water reduces the amount of bottled water people buy which reduces the burden on recycling plants and the risk of plastic ending up where it isn’t supposed to be. Like the ocean or a penguin’s stomach.

It’s not just about us

Earth Day on April 22 was dedicated to our species at risk (which includes some species of penguins) and April 25 was World Penguin Day.

Both these days serve as important reminders that we’re not the only species on earth and in the pursuit of healthy water, it’s not just about us.